D.A.R.E. BC Society was honoured to be invited to attend Tzu Chi Canada’s 25th Anniversary Pray for the Earth Concert on September 24, 2017. This special event was held at the Queen Elizabeth Theatre in Vancouver. D.A.R.E. BC Society was represented by Mike Yau, President and Kate Meffen, Partner Relations Manager. This event was an opportunity for all attendees to reflect on the disasters that have taken place over the last few years and how as a global community we have come together to support one another. 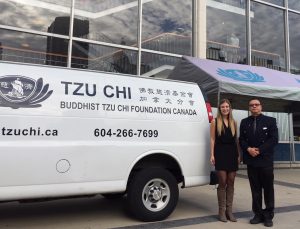 Tzu Chi Canada has raised millions of dollars in support of many causes and provided support to many charities including D.A.R.E. BC. Some key areas that Tzu Chi Canada supports are: seniors, students, patients, those who are less-fortunate, mother earth, and disaster victims. A documentary was presented at the beginning of the event and it highlighted the massive impact that the Tzu Chi Foundation has had in BC’s communities and on a global scale.

Following an address from Tzu Chi Canada’s CEO, Mr. Gary Ho, there was a beautiful performance by Taiwanese singer Ms. Wang Fang. Then over 100 volunteers presented a sign language drama called “Sutra of Infinite Meaning”. Overall the evening was both enjoyable and emotionally moving for all those in attendance. 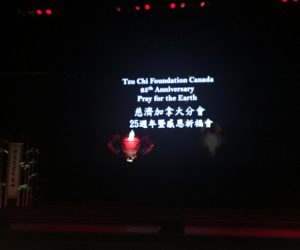 D.A.R.E. BC Society is grateful for the continuous support from the Buddhist Compassion Relief Tzu Chi Foundation, Canada. Their donations have helped thousands of students receive Drug Abuse Resistance Education across British Columbia. Congratulations on 25 very successful years and D.A.R.E. BC wishes your foundation many more!